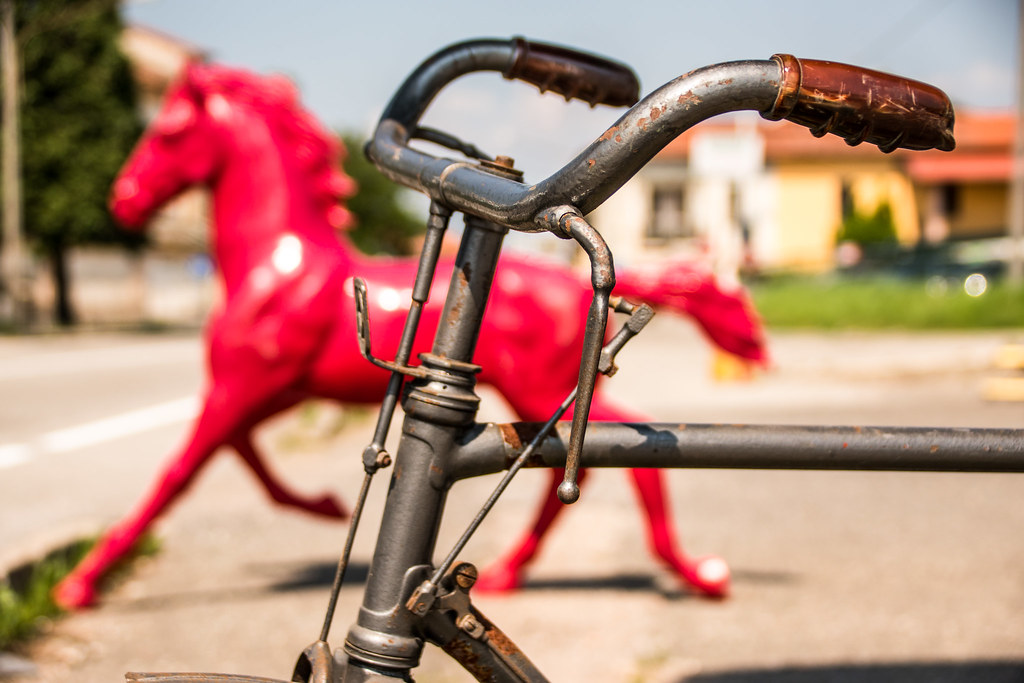 The phrase “Flogging a Dead Horse” is an idiom for a hopeless or fruitless task dating back to well before the days of the automobile, when the horse was the only alternative motive power to walking.

The velocipede preceded motorised transport and is still around, almost 200 years later, in spite of the early prediction of the demise of two wheeled, human propelled progress due to the arrival of fossil fuel powered vehicles.

Steel- framed racing cycles too were supposedly doomed to a similar fate on the arrival of the lighter aluminium (and then carbon fibre) alternatives and indeed that event did result in many healthy, pedigree steel racing steeds being put out to pasture. These are the re-sources we look for to rescue.

There were however some beloved, injured mounts that had served their riders well and had been saved from the equivalent of the Knackers Yard or Glue Factory for sentimental reasons.

There was a movie called “They shoot horses, don’t they?”. In spite of the advances in the medical science field for humans, the veterinary area has seemingly not kept pace with this progress. I have written before on the subject in referring to top- quality, hand- crafted, steel frames in equine terminology as Pedigree Steeds.

Those growing numbers of younger cyclists who have come to recognise the inherent qualities of such steel frames and actively seek out and rescue, restore and ride any examples they can find, rely on known name brands as an indication of quality. But brand identity is an outcome of mass marketing. Before the 1970s and the revival and rapid growth of interest in cycling as a leisure and touring activity; and, as a consequence, appreciation and acquisition of lightweight cycles, the building of such superior quality steel frames was largely in the hands of surviving, smaller, skilled artisan framebuilders. They relied mostly on word of mouth to advance their reputation, usually limited in locality.

As with the ability to judge horses, experience in discerning quality in a steel frame is a prerequisite. Having been around Racing Cycles since the early 1950s, I have learned to see beneath the rust and dirt of an old, neglected frame even before picking it up to feel the weight. When such a find turns out to be a Stallion with a Broken Leg one is faced with a dilemna. Does one put the frame down as one would do with a horse with a broken leg or does one attempt what amounts to a resurrection?
Here’s where the phrase Flogging a Dead Horse enters the equation.

From a purely economic viewpoint the answer has to be NO.
These days many of us can justify time, energy and money spent on rescue and restoration of a steel framed racing cycle for the enjoyment of the process and the riding and displaying of the resplendent outcome resulting.
However out of such activity has come another activity… COLLECTING.

The justification is that the money spent is an investment.
Investment is an expenditure – be it in terms of time and effort and money or all three expended – with an expectancy of a return…usually in monetary terms. The sad truth that many of us have learned the hard way over the years is that paper money does not in increase in terms of buying power.
Those of us that do the grocery shopping are weekly reminded of this weakening of buying power.

But monetary gain or preservation of value aside one may decide on rescue and attempted resurrection for non-monetary reasons.
I have alluded to broken legs on pedigree steeds but the thing that entices me into attempting resurrection of seemingly irredeemable casualties is aesthetics. It is the lugs that are the main attraction on any broken- legged steel steeds that I am trying to redeem.
All of us involved in vintage steel bicycles are affected by aesthetics. One has only to look at the time taken on choice of colour combinations as evidence of that fact.
The fact is that a well- crafted frame is, in itself, more than an example of the framebuilders craft, it is in my opinion a work of ART. It was my son Brad’s wife Zelda, who is an artist, who suggested that they were deserving of hanging on the wall.

There are other aspects than monetary return on investment to consider therefore. Most collections of antiquities such as those displayed in museums began as the hobby of enthusiasts. Many of such items were termed curiosities it the time they were put together.
Today the term used for the bits and pieces of broken things preserved which tell the story of past history are called ARTIFACTS.
They are the legacy of those people who had the enthusiasm if not foresight to see WORTH and VALUE in what interested them.

Beware the person who needs to buy cheap in order to flip it quickly and yet make a profit. He is a just trader. There are plenty of undervalued, rideable SA built frames out there that are available at affordable prices.
Those who think only of how cheap they can buy something now would do well to reflect on how relatively little money invested in a pedigree steel racing bicycle a few years ago may have become an investment for the future.