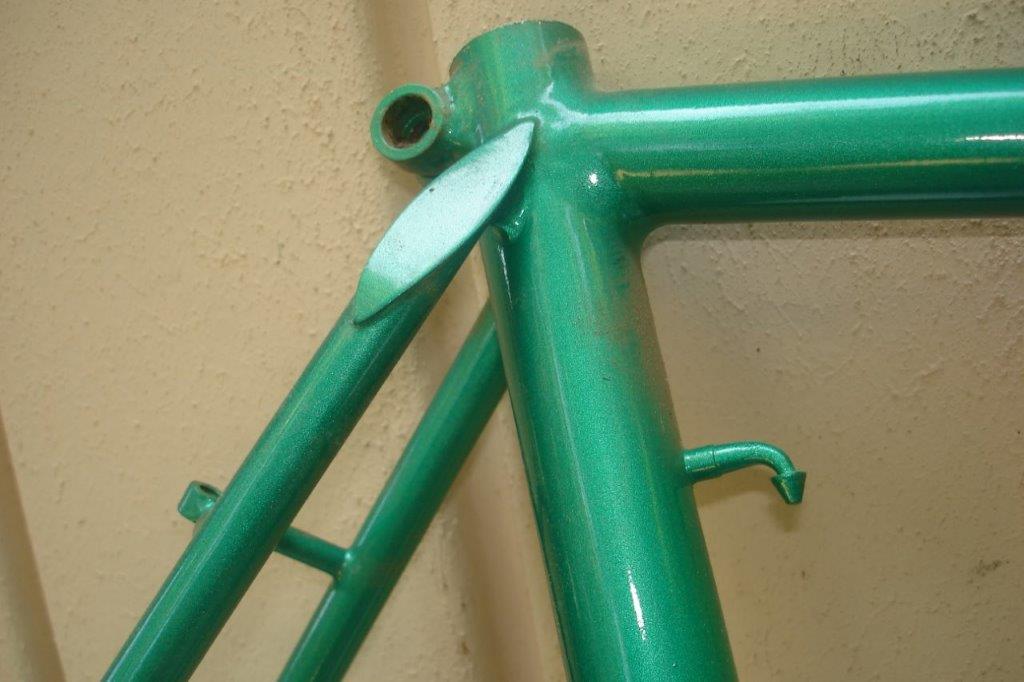 The story of post WWI inter-war cycling was characterised by lack of interest and a steady decline – commuter cycling had lost out in the UK to the motorcycle and automobile in the USA. However, touring in UK for a period after WWII and in the USA between 1965 and 1975 experienced a bicycling boom with the arrival of the “10 speed bicycle” in the USA.

In the 1970s, Americans took to long -distance, multi- day rides across States in very large, well organised groups. Perhaps the most famous of these rides were those organised by the Heart Foundation and they were also ostensibly fundraisers.

In 1976, to celebrate the bicentennial of the founding of the United States, a mass bike ride, the Bikecentennial, from the Pacific to the Atlantic, which pioneered long distance routes and produced maps of the Trans-America Bicycle Trail.

All this in turn led to self-supported, fully loaded, lone or small group, long- distance touring.

The boom in touring gave rise to the firm Specialised who pioneered the concept of designing bikes in the USA, with large scale production in Taiwan. It also saw the manufacture of  pannier racks by the likes of Blackburn,  who produced front and rear racks to fit the braze on bosses on specific bikes but also designed and made racks with bolt on universal fitment possibilities. Cannondale first achieved prominence as the worlds leading manufacturer of lightweight bicycle bags, before going into the manufacture of bicycles.

Artisan framebuilders like Tony Oliver, in the UK, also specialised in making touring bicycles.   His book – “Touring bikes: a practical guide” – is the reference for building the [then standard] touring bike. Essentially the classic Tourer is based on a road bike, made more robust and with a relaxed geometry for long days in the saddle and bosses for attaching front and rear racks.

The days of the great European bicycle tours and alongside these the adventurous trips to far off places probably peaked in the 70s and 80s. The FFCT (Federation Francaise Cyclo Touring) had huge membership and still survives to this day to promote cycle touring. The famed Rene Herse and Alex Singer were perhaps the best known of the many small “Constructeurs” who custom made [very expensive] Randoneur bicycles (both still operate to this day). These usually had 650B wheels [roughly 26”] with fat tyres for the mostly gravel French roads.

Phoenix Recyclery has available a classic French Tourer FRAME & FORK which might be built up accordingly. It was recently unwrapped for the first time in perhaps 40 years…

In South Africa, commuter cycling and fun rides all over the country were first organised on a large scale in the 70s by charity groups as fundraisers also. Subsequently these were then taken over by various provincial Pedal Power organisations. These were the beginnings of the growth of larger public participation events, such as the Cape Town Argus / Cycle Tour.

And then came the All-Terrain Bicycle the ATB which evolved into the Mountain Bike (MTB). As MTB evolved into a competitive sport with specific models for disciplines such as downhill, they went further away from being suitable for touring.

The current revival for gravel / touring bikes sees a return to an adapted version of the original ATB/MTB bicycles, sacrificing some speed for comfort and strength.

About 30 years ago, I used to “Travel the Gravel” [the name of a bi-monthly article I wrote in Ride Magazine], with a group of friends, taking the longer more scenic route to off the beaten track destinations.

Initially I used bikes like the Specialised Explorer on such trips but soon found all the baggage racks etc unnecessary and burdensome. We eventually rode adapted MTB and it seems so did most others.

The GT, MARIN, TREK and UNIVEGA that are available currently from Phoenix Recyclery might be described as transition concepts – robust designs sacrificing lightness for strength over rough stuff.

I was driving in my car recently and ahead of me saw the tall figure of Raymond Roussow, who was riding with his wife Anne. The pair are two of my erstwhile “Travel the Gravel” companions. Overtaking them I pulled over some distance ahead and signalled them to stop and we had a good old catch-up chat.

The Roussow pair had only recently returned from a fully loaded cycle tour down the Rhine in Czechoslovakia and Austria.

Raymond is big, he rides a 63/64 cm frame. He  has always had problems finding an off –the- shelf frame to fit. The new bicycle he was riding was custom made by Capitol Bicycles fully fitted with front and rear pannier racks. He had just received it from the US and this was his first test run. Surprisingly it was made by a South African now living in the USA, Peter Mitchell. He had ordered it via his local bike shop. Both the UK and the USA now have a large number of custom framebuilders but this is only the second SA builder I know of living abroad.

The other being Matthew Sowter of Saffron Frameworks in the UK. Matthew’s book “Made in England” published in 2012 is a Who’s Who of current British Custom framebuilders, many of whom are relatively new to the game. A really worthwhile book if you can get a copy.