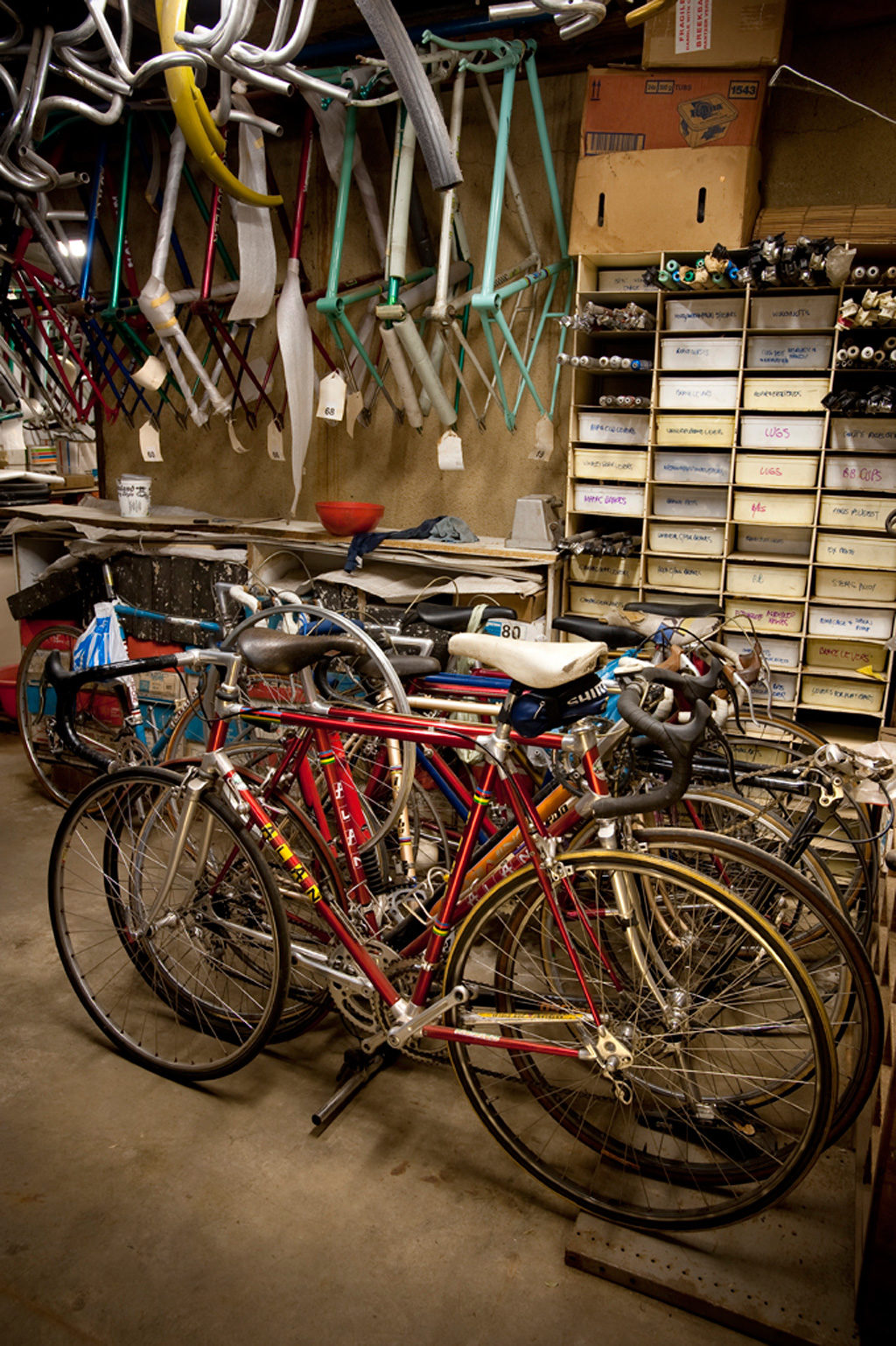 This collection totals more than 300 bikes. The owner, Ron Thompson, was a competitive cyclist in the 1950s and 1960s and continues to ride today – on a Moulton bike “for his knees” and as part of a veterans’ cycle club, or old bike nuts, as they refer to themselves, called Cyc-Ous. (Love it!)

Why bikes?
I’ve always been into equipment and bikes and I collect steel racing bikes from an era when I rode. Old bikes are like beaten race horses and I am the redeemer.

When did you start collecting?
By the 1980s the new bikes didn’t suit my style – they were too rigid and they were designed for speed. I started looking for something second-hand to fix up and, before I knew it, I had a collection.

What makes a vintage bike so special?
The bikes are works of art. The manufacturers made the lug work the most ornate part of the bike (the lugs are the sockets, which joined the tubing together in the framework of steel bicycles).

Where does the collection live?
When we sell this house, the ad will read: “eight garages with a house attached”.

Which are your most treasured pieces?
The two bikes that most closely resemble the bike I used when I rode competitively. The one is a Viking and the other a DHC (a locally made bike from Deale Huth Cycles).

Which has been your most valuable piece?
In 1995, an international speaker at a conference on the history of cycling brought along a Penny Farthing and persuaded me to buy it. The piece was too early for my collection, but it was an offer I couldn’t refuse. Later, at an old car meet at Alexander Park outside Pietermaritzburg I met a guy who wanted to auction my Penny Farthing at an automobile sale. Who buys a bike at an auto sale? Also on auction was a 540K 1938 Mercedes-Benz – imported into the country by the then German consulate who was recalled shortly thereafter thanks to the outbreak of World War II. The pairing of the two was punted in the press as “The Ordinary and The Extraordinary” – and both fetched record prices in South Africa.

This article was originally published here.